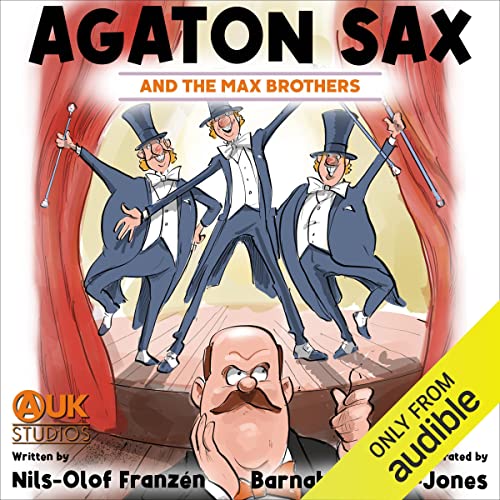 Agaton Sax and the Max Brothers

Agaton Sax, private detective and editor of the world’s smallest newspaper (but also the best), loves a good trick.

Mind you, a brain like his is hard to fool.

So when the marvellous Max Brothers—conjurors extraordinaire—come to Byköping just days after a daring raid on the Bank of England, the stage is set for a magical mystery that will take Agaton and Inspector Lispington across Europe by train, car, plane, helicopter and...barrel.

What listeners say about Agaton Sax and the Max Brothers