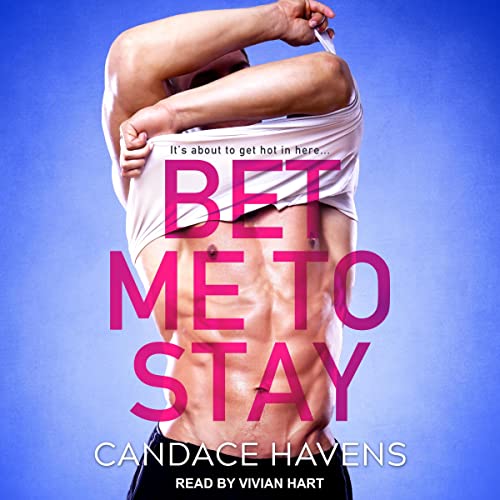 Bet Me to Stay

By: Candace Havens
Narrated by: Vivian Hart
Try for £0.00

After a bet with his brother, Liam O'Connor has to date the next woman who walks into the pub. And he's all in, because his pub is on the line. What he didn't expect was Cassie Meadows, who at first glance with her big glasses and bulky sweater looks like a woman who has many, many cats—but her wit and smile make him wonder what's underneath her bulky armor.

Cassie Meadows, a.k.a. sweet romance author Cassie O'Brian, is about to lose everything. As in, her writing career is going down the drain because she can't write the sexy stuff that's selling these days. She needs inspiration in the worst way. That's when she walks into the wrong pub at the right time. Sexy owner Liam is just what the writing doctor ordered. Her whole body is feeling inspired—and when he makes a proposal she can't refuse, she's all in. Oh, hell yes. Best. Sex. Of. Her. Life. Thanks to Liam, she's about to write a best-seller.

What listeners say about Bet Me to Stay