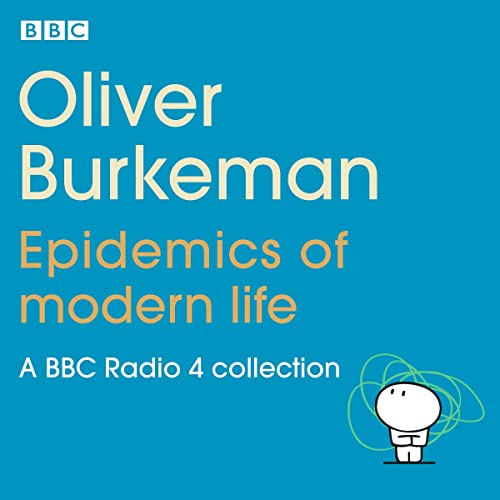 Oliver Burkeman's guides to leading a better life in an age of confusion.

Journalist and author Oliver Burkeman is well-known for his long-running Guardian column, 'How to Change Your Life', and has written three best-selling books on happiness, productivity and time management. In this radio collection, he looks at four central ills of modernity—busyness, anger, the insistence on positivity and the decline of nuance. Talking to a range of experts, he discovers how these problems became so widespread, and how we can go about tackling them.

In Addicted to Busy (first broadcast as Oliver Burkeman Is Busy), Oliver explores why we all feel so busy nowadays, asking whether we've talked ourselves into feeling overwhelmed, and if our problem might not be lack of time, but lack of bandwidth. Could the solution lie not in working harder, but in indulging in a little idleness?

The Power of Negative Thinking sees Oliver examining the virtues of negativity. Asking why 'thinking yourself happy' can so often have the opposite effect, he probes the ways in which negative visualisation can achieve positive results, considers the phenomenon of hedonic adaptation; ponders whether workplace fun is ever a good idea and wonders whether confronting our own mortality could make us happier. And in a special one-off episode, The Impostor's Survival Guide, he inquires why so many of us spend our working lives feeling like a fraud. Where do these feelings come from, and what can be done about them?

In Why Are We So Angry?, Oliver attempts to understand why we are frequently so full of fury. Explaining how anger gave humans an evolutionary edge, he divulges how companies today profit from our outrage, investigates how anger can be essential for social change, learns how to manage rage in a healthy way and asks if the future will become ever more angry, or if there's a point where our anger will finally break.

Finally, in The Death of Nuance, he looks at how nuance is vanishing from public discourse. He discovers that our brains are wired for snap decisions, and that language can limit our capacity for nuanced thought—depending on how we choose to use it. He also considers how to open minds through moderation, explores how society has become polarised across political divides and reveals how to restore nuance and evolve our thinking in a changing world.

Addicted to Busy: Why Life Has Got So Hectic first broadcast as Oliver Burkeman Is Busy, BBC Radio 4, 12th - 16th September 2016.

What listeners say about Oliver Burkeman: Epidemics of Modern Life