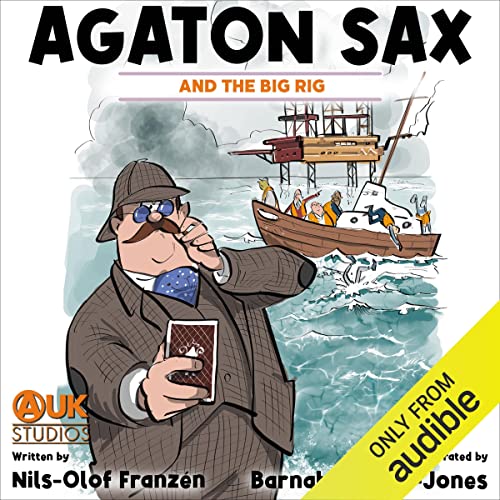 Agaton Sax and the Big Rig

Frankly, Agaton Sax should know better than to go on vacation. At least, this time, he’s managed to enjoy some rest and relaxation without stumbling into a criminal conspiracy.

On the way home, however, it’s a different story...from a slow train through Brosnia to a castle in Edinburgh and onwards to a motorboat speeding across the North Sea, Agaton Sax is up against a criminal mastermind who is almost - but not quite - as clever as he is.

And there’s garlic. Far too much garlic.

What listeners say about Agaton Sax and the Big Rig