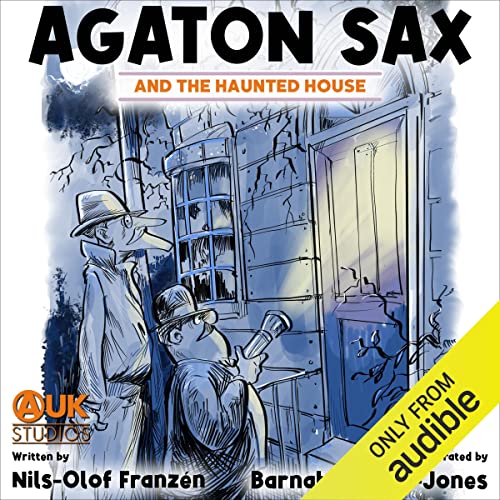 Agaton Sax and the Haunted House

Agaton Sax returns to fight his biggest criminal plot yet!

Upon receiving a mysterious telegram during breakfast, the detective-cum-newspaper-editor soon finds himself searching to uncover the enigma around it. But it’s not just one criminal mastermind behind this confounding communique—it’s a whole cabal of them!

And when the super sleuth discovers that they have captured his friend and confidant Inspector Lispington, Sweden’s finest crimefighter must rescue his friend as well as put a stop to the dastardly devils and their pernicious master plan—one that has the potential to spell the end for Sweden’s most famous detective!

What listeners say about Agaton Sax and the Haunted House