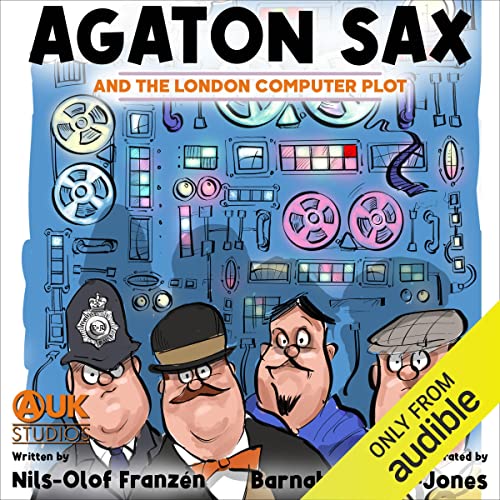 The Boss is back...and he’s brought his Big Brother with him!

With his hidden microphones and numbered gang members, a devious criminal mastermind known only as 'the Boss' has broken out of prison and has been working behind the scenes to topple the financial institutions of the world.

His plan appears to have something to do with computers. And, possibly, potatoes.

In any case, it’s up to super sleuth Agaton Sax—along with Aunt Matilda and the long-suffering Inspector Lispington—to stop them in their tracks....

What listeners say about Agaton Sax and the London Computer Plot