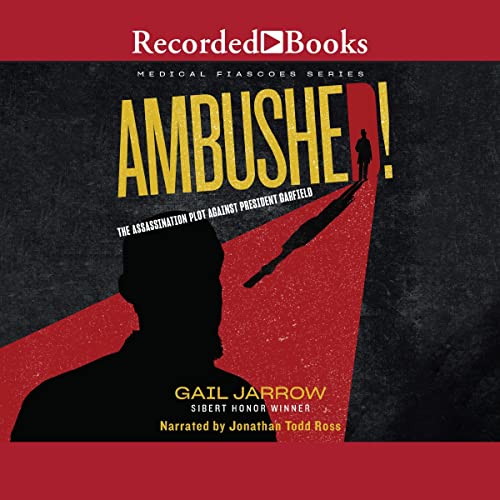 By: Gail Jarrow
Narrated by: Jonathan Todd Ross
Try for £0.00

YALSA Award for Excellence in Nonfiction for Young Adults

This thrilling title for young listeners blends science, history, and medical mysteries to tell the story of the assassination and ultimately horrible death of President James Garfield.

James Abram Garfield, the 20th President of the United States, was assassinated when he was shot by Charles Guiteau in July 1881, less than four months after he was elected president. But Garfield didn't actually die until 80 days later. In this thriller, award-winning author Gail Jarrow delves into the fascinating story of the relationship between Garfield and Guiteau, and relates the gruesome details of Garfield's slow and agonizing death. She reveals medical mistakes made in the aftermath of Garfield's assassination, including the faulty diagnoses and outdated treatments that led to the president's demise. This gripping blend of science, history, and mystery—the latest title in the Medical Fiascoes series—is nonfiction for kids at its best: exciting and relevant and packed with plenty of villains and horrifying facts.

What listeners say about Ambushed!