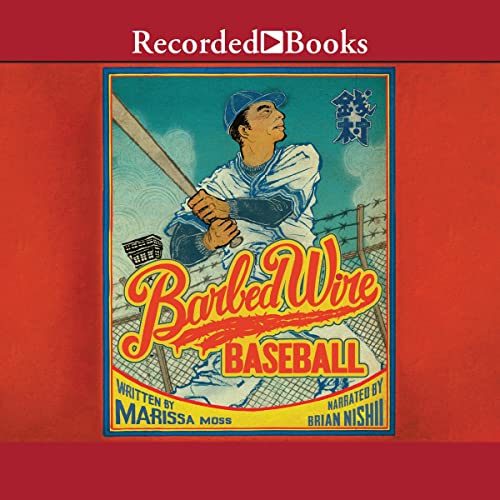 By: Marissa Moss
Narrated by: Brian Nishii
Try for £0.00

As a boy, Kenichi “Zeni” Zenimura dreams of playing professional baseball, but everyone tells him he is too small. Yet he grows up to be a successful player, playing with Babe Ruth and Lou Gehrig!

When the Japanese attack Pearl Harbor in 1941, Zeni and his family are sent to one of ten internment camps where more than 110,000 people of Japanese ancestry are imprisoned without trials. Zeni brings the game of baseball to the camp, along with a sense of hope.

"In language that captures the underlying sadness and loss, Moss emphasizes Zeni’s fierce spirit as he removes every obstacle in order to play his beloved baseball and regain a sense of pride. Shimizu’s Japanese calligraphy brush–and-ink illustrations colored in Photoshop depict the dreary landscape with the ever-present barbed wire, with that beautiful grassy baseball field the only beacon of hope." (Kirkus Reviews)