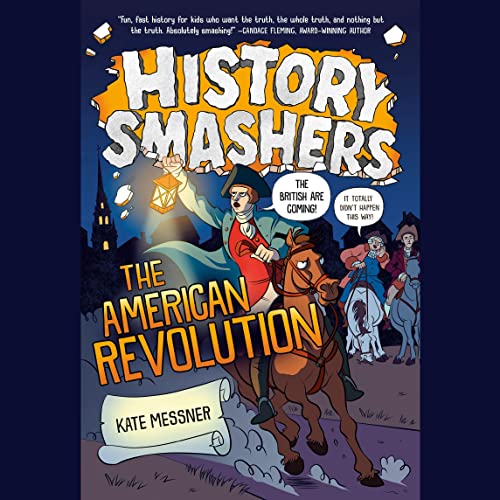 By: Kate Messner
Narrated by: Donna Allen
Try for £0.00

On April 18, 1775, Paul Revere rode through Lexington and Concord, Massachusetts, shouting, "The British are coming!" to start the American Revolution.

WRONG! Paul Revere made it to Lexington, but before he could complete his mission, he was captured!

The truth is, dozens of Patriots rode around warning people about the Redcoats' plans that night. It was actually a man named Samuel Prescott who succeeded, alerting townspeople in Lexington and then moving on to Concord. But the Revolutionary War didn't officially start for more than a year after Prescott's ride. No joke.

Discover the nonfiction series that smashes everything you thought you knew about history. Don't miss History Smashers: The Mayflower, Women's Right to Vote, Pearl Harbor, and Titanic.

What listeners say about History Smashers: The American Revolution