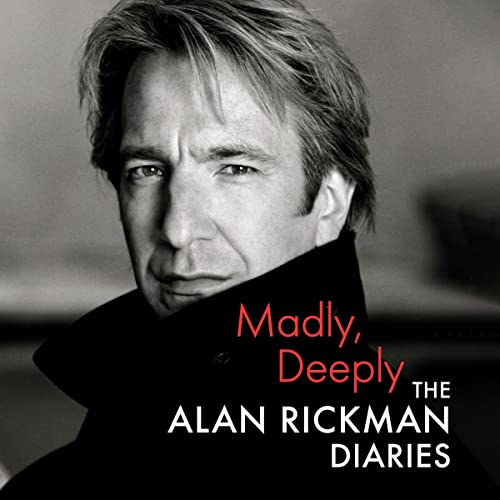 Alan Rickman remains one of the most beloved actors of all time across almost every genre, from his breakout role as Die Hard's villainous Hans Gruber to his heart-wrenching run as Professor Severus Snape, and beyond. His air of dignity, his sonorous voice and the knowing wit he brought to each role continue to captivate new audiences today.

But Rickman's artistry wasn't confined to just his performances. Fans of memoirs at large will delight in the intimate experience of Rickman detailing the extraordinary and the ordinary in a way that is 'anecdotal, indiscreet, witty, gossipy and utterly candid'. He grants us access to his thoughts, not only on plays, films and the craft of acting, but also politics, friendships and life.

The Rickman Diaries was written with the intention to be shared, and to hear it is like listening to Rickman chatting to a close friend.

What listeners say about Madly, Deeply