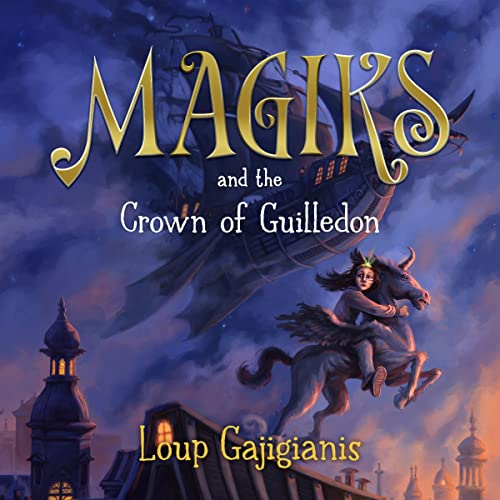 Devon Connor has always known life as a normal 12-year-old girl at St. Frances Institute for Heirs and Orphans. That is, until a supernatural shadow walker arrives to assassinate her.

Unbeknownst to Devon, she wears the enchanted and legendary Crown of Guilledon as a trinket, and the shadow walker will stop at nothing to get it. With this attempt on her life, Devon is forced into the journey of discovering her true power and her forgotten past. But the timing couldn’t be worse. This mysteriously cursed crown has led her right to the brink of a dark and dangerous war.

With help from Bree, a hot-headed shape-shifter, and Kamau, a vanishing warlock, she must quickly reach the last peaceful city of magic and outsmart the horrifying creatures made of nightmares—all the while, evading the dark stalker closing in on her.

Can she survive the adventure to Thysia: a mythical place where dragons are pets, your neighbors turn into shadows, and trolls police the city? Can she keep the crown safe and prevent the impending invasion that would extinguish the last peaceful city and plunge the magical world into chaos forever?

What listeners say about Magiks and the Crown of Guilledon