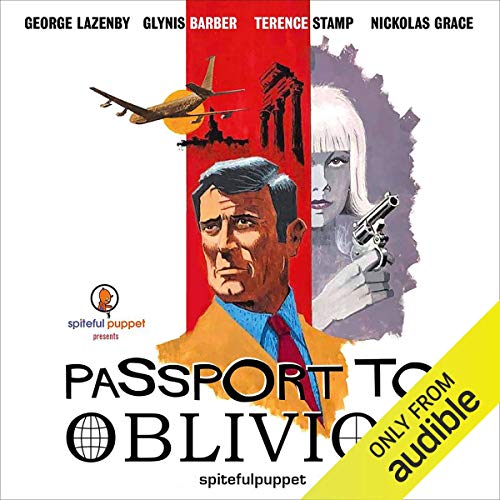 Dr Jason Love is a middle-aged medical practitioner content with his life in rural Somerset, where he has relocated after the Second World War. However, the promise of a rare sports car tempts him into a seemingly insignificant rendezvous for MI6 that will change his quiet country life forever.

Reluctant hero of a series of international best sellers by James Leasor, Dr Love’s first outing sees him thrust into a thrilling world of secrets, spies and intrigue. Who was ‘K’ and why was he killed? Who is the mysterious girl in Rome? Why are the Russians basing their covert operations in Iran? And why is the deputy head of MI6 sifting through filing cabinets for the name of a man he knew in Burma 20 years ago?

This fantastic audio adaptation of Passport to Oblivion will appeal both to fans of the novels and to lovers of action thrillers in general. With a cast masterfully led by George Lazenby, this is the perfect addition to any James Bond fan’s library.

What listeners say about Passport to Oblivion