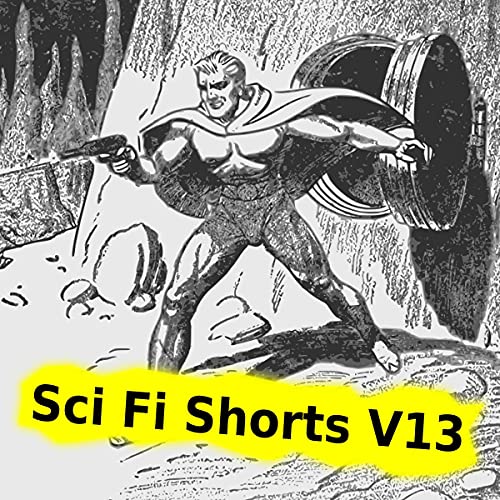 'Colony of the Unfit' - Manfred A Carter

A fascistic government starts shipping all the imperfect peoples off to an unsupported colony on Mars.

'And the Gods Laughed' - Fredric Brown

A spacer tells a story of mind controlling ear-rings, but is it just a tale?

'Coming of the Gods' - Chester Whitehorn

When the Martian Ro came across the strange white men from another planet, he had to decide if they were enemies or allies.

The alien arrived on Earth and cured diseases that mankind had suffered for millennia. Now the leadership come to him with one more problem.

The Pandora landed on the planet seeking for the lost starship and its crew. Who buried the lost ship, and why?

'Terror Out of Space' - Leigh Brackett

Lundy is called across Venus to rescue his pals from madness. Something over there is driving men insane.

The men knew there were Martians, but no one had found them. Lloyd leads a mission out into the wastes to establish the first contact point.

The freighter Lucifer was behind schedule, and it if they didn’t make up the time, the contract and even the ship might be lost.

Its 1955, and the aliens are about to launch their perfected and most dangerous weapon against humanity. Soon humanity will be enslaved.

When John Hall walked on Ganymede, a thousand weird beings walked with him. He was one man on a sphere of mocking, mad creatures - one voice in a world of shrieking echoes.