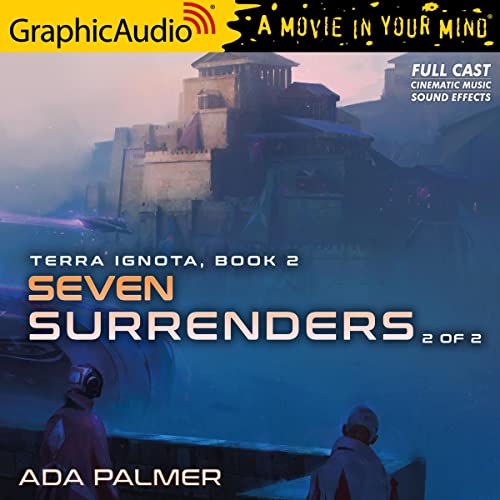 In a future of near-instantaneous global travel, of abundant provision for the needs of all, a future in which no one living can remember an actual war, a long era of stability threatens to come to an abrupt end.

For known only to a few, the leaders of the great Hives, nations without fixed location, have long conspired to keep the world stable, at the cost of just a little blood. A few secret murders, mathematically planned. So that no faction can ever dominate, and the balance holds. And yet the balance is beginning to give way.

Mycroft Canner, convict, sentenced to wander the globe in service to all, knows more about this conspiracy the than he can ever admit. Carlyle Foster, counselor, sensayer, has secrets as well, and they burden Carlyle beyond description. And both Mycroft and Carlyle are privy to the greatest secret of all: Bridger, the child who can bring inanimate objects to life.

Shot through with astonishing invention, Seven Surrenders is the next movement in one of the great SF epics of our time.