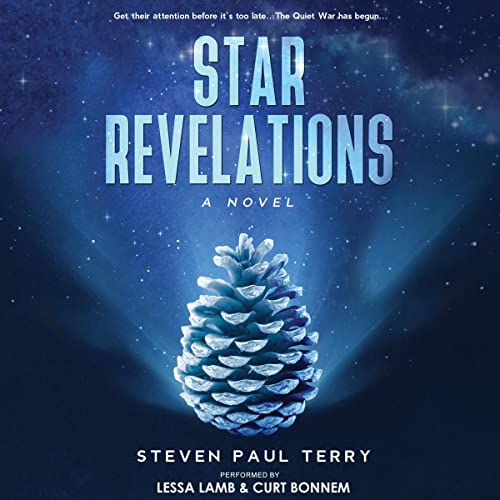 Get their attention before it’s too late…the Quiet War has begun….

Acclaimed journalist and media celebrity Diana Willis can snag the inside scoop and truth on any story. But when her helicopter mysteriously malfunctions and plummets to the ground, everything changes, sending Diana down a maze of murderous intrigue and confusion. Waking up from a coma eight weeks after the crash, she struggles with the recurring dreams that reveal an extraordinary past life. Now, Diana's hell-bent on uncovering the secrets about those past memories.

Delving into a world of mind control and past lives, the truth is more terrifying than she ever imagined as she travels back in time to face the perpetrators of America's most confidential and sinister projects. Teaming up with an unlikely ally, an elusive interdimensional mentor from her other life, Diana is able to restore her psychic and telepathic powers. Suddenly, they're in more danger than ever before as their enemies seek world domination through mind control and media manipulation.

Can Diana use her powers to expose the truth, learn who she is, and bring a message of faith and freedom from another world, hundreds of Earth years in the future?

"I returned from your future and there is no fear. I am courageous and free..."

“Steven Paul Terry definitely knows how to build up the suspense! ... Prepare to have your mind blown!” (San Francisco Book Review)

“Thriller fans hungry for a touch of the paranormal alike will delight in watching this supernatural mystery unfold.” (BookLife)

What listeners say about Star Revelations

I started listening and I got hooked , it was like I was inside the story. The message is beautiful. I recommend it, very entertaining, I can’t wait for the next book.

This kept me listening and pulled me along. I enjoyed both performances. Thank you for a great audiobook!

I’m not a sci-fi fan as a rule, but I really liked this! I was lucky enough to receive this from a narrator friend, and even though illness made me take longer than normal to listen to it, it was interesting, thought provoking, has excellent characters, and BOTH narrators were great!!!

I would, and will recommend this to friends who listen!!!

Intriguing but too slow for me!💜

I was so excited about this book because it was so intriguing. But it never really got exciting, and IMO it was way too slow. I loved the concept but it didn’t wow me.
The narration was fantastic. Both voice actors performed very well.
This book is a standalone.