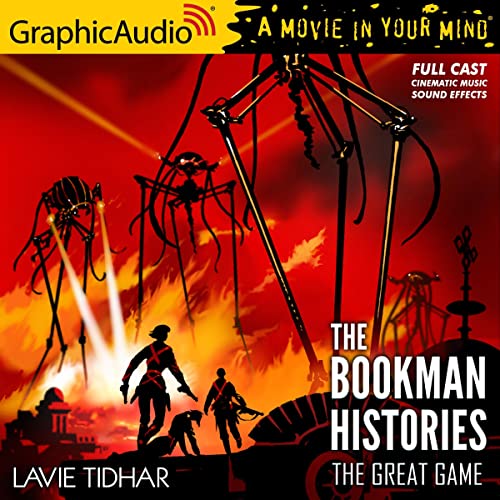 When Mycroft Holmes is murdered in London, it is up to retired shadow executive Smith to track down his killer—and stumble on the greatest conspiracy of his life. Strange forces are stirring into life around the globe, and in the shadow game of spies nothing is certain. Fresh from liberating a strange alien object in Abyssinia—which might just be the mythical Ark of the Covenant—young Lucy Westerna, Holmes' protégé, must follow her own path to the truth while, on the other side of the world, a young Harry Houdini must face his greatest feat of escape—death itself.

As their paths converge the body count mounts up, the entire world is under threat, and in a foreboding castle in the mountains of Transylvania a mysterious old man weaves a spider's web of secrets and lies.

Airship battles, Frankenstein monsters, alien tripods, and death-defying acts: The Great Game is a cranked-up steampunk thriller in which nothing is certain—not even death.

What listeners say about The Great Game (Dramatized Adaptation)