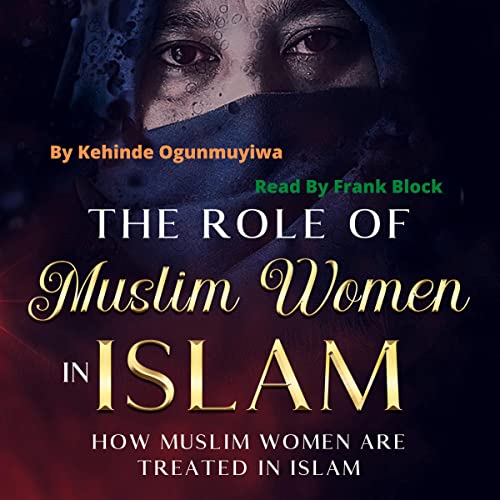 The Role of Muslim Women in Islam

By: Kehinde Ogunmuyiwa
Narrated by: Frank Block
Try for £0.00

In Allah’s sight, there is no distinction between men and women: Both have the same rights and duties, both are equally rewarded or punished according to their deeds, and both are equally valued as Allah’s creations. However, throughout history, there have been negative social constructs, which have their origins in cultural practices and traditions that do not honor women’s rights. Such stereotypes created around women stand in direct opposition to the teachings of Allah and His Messengers (peace be upon them).

In the pre-Islamic era, women used to live in a society that fully denied their status and rights to live independently. After the divine revelation of the Holy Quran, one of the steps that Islam took to rehabilitate the woman’s status was to grant them social and legal benefits; as for Islamic law, the woman is equal to the man in all essential rights.

Overall, Islam has focused on an important fact: Women have to access all opportunities which could enable them to develop their inner abilities and enjoy a prosperous life. Islam has always considered women as independent human beings who function in their own individual rights.

The Hadith of Prophet Muhammad (PBUH) also highlights the importance given to the role of women, since Allah’s messenger celebrated the women’s contributions to society and campaigned for their rights while condemning any kind of discrimination and abuse against them.

Muslim women have helped significantly in spreading the Quranic message and played an active role in the social and political affairs around the world over time. This book is for listeners to grasp Allah’s teachings about the main roles of Muslim women in society. What’s more, it answers one of the fundamental questions about gender equality in this religion: What is the true importance of women in Islam?

What listeners say about The Role of Muslim Women in Islam