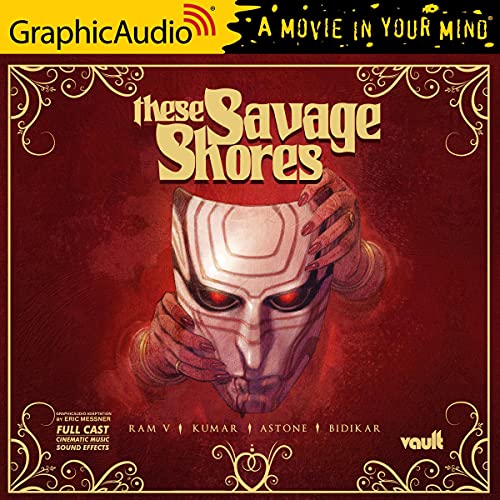 GraphicAudio and Vault Comics are proud to present These Savage Shores!

Adapted directly from the graphic novel and produced with a full cast of actors, immersive sound effects, and cinematic music.

In 1766, an insatiable vampire sails from London to the Malabar Coast, aboard an East India Company ship. But along the shores of the Indus lurk darker and more ancient powers, and a war is brewing in the night.

Along these savage shores, where the days are scorched and the nights are full of teeth.

Two centuries after the first European ship sailed to the Malabar Coast and made landfall at Calicut, The East India Company seeks to secure its future along the lucrative Silk Route, in the year 1766. An old evil now sails aboard a company ship, hoping to make a home in this new found land. But he will soon find that the ground along the Indus is an ancient one with daemons and legends far older than himself.

What listeners say about These Savage Shores (Dramatized Adaptation)