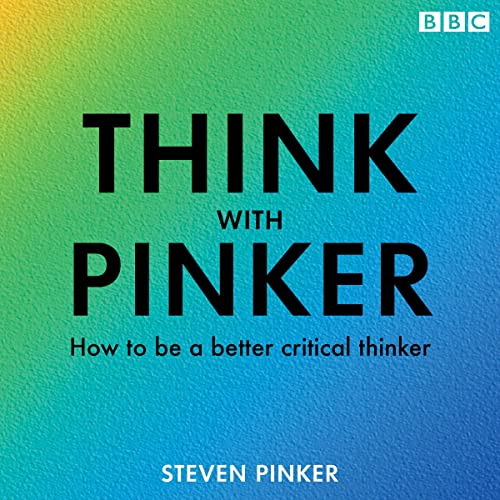 Cognitive scientist Professor Steven Pinker has spent his life thinking about thinking, and now he wants us to join him. With the aid of his critical thinking toolkit, he hopes to help us make smarter choices, become more rational, gain a greater understanding of the confused world we live in—and maybe even become better citizens.

In this fascinating series, produced in partnership with the Open University, he examines the different ways the human brain can be tripped up, from understanding probability to the difference between correlation and causation. Joined by an array of other prominent thinkers, he explores such diverse subjects as whether formulas can predict how well an athlete will perform, why it's dangerous to see patterns in the randomness of everyday experience and why so many of us believe in conspiracy theories.

He also considers the life and death choices made by judges and juries, ponders whether some thoughts are too evil to think, asks why making future predictions can be hard, and wonders: should we eat, drink and be merry, or make sacrifices now to benefit our future selves? And what can the game 'Rock, Paper, Scissors' teach us about preventing a climate catastrophe? In addition, he and his fellow experts discuss how we can stop the news distorting our understanding of the world—and why getting it right might mean admitting you're wrong....

Among his special guests are Tim Harford, presenter of BBC Radio 4's More or Less; Pulitzer Prize-winning author Siddartha Mukherjee; Bill Gates, co-founder of Microsoft and the Bill and Melinda Gates Foundation; Professor Hannah Fry, co-presenter of Radio 4's popular science show The Curious Cases of Rutherford & Fry, Daniel Kahneman, winner of the Nobel Prize in Economics; and one of the most influential psychologists of the 20th Century, Elizabeth Loftus.

Think with Pinker is produced in partnership with The Open University

Episode 2: Methinks it is a weasel

Episode 3: In touch with reality

Episode 5: You can't think that!

"A paean to human potential." (The Telegraph)

What listeners say about Think with Pinker