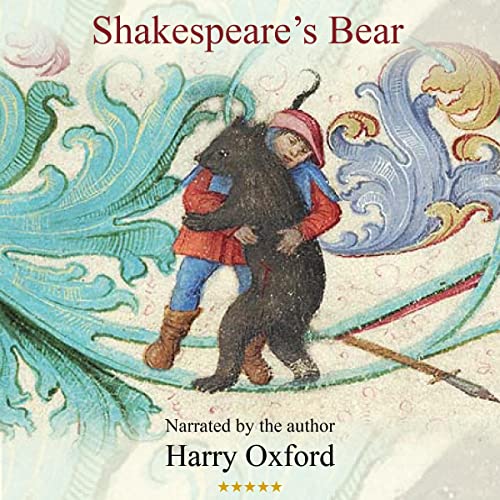 In 1592, Elizabethan England is a perilous place, rife with plague, civil unrest, highwaymen, violent animal sports, and Spanish plots against the queen. Hamnet Shakespeare, young son of renowned playwright William, buys an abandoned bear cub in the market. Hamnet names him Mummer, a traveling actor who mimes. Boy and Bear learn showmanship! Darkly, alongside early English theater, there flourished hugely popular yet immensely cruel bear-baiting shows, presided over by Queen Elizabeth herself, and Master of the Queen’s Bears, Phillip Henslowe, at Paris Gardens in London. Next door, Henslowe builds The Rose Theatre, where he partners Shakespeare staging his early plays. And...Queen Elizabeth stages a great water pageant celebrating the anniversary of victory over the Spanish Armada. Dangerous fate awaits the queen and Bear.

Hamnet and Mummer’s adventure of survival in 16th-century England is recounted through Mummer the bear’s eyes and senses, with a gentle touch of Shakespeare’s language woven into the story.

What listeners say about Shakespeare’s Bear