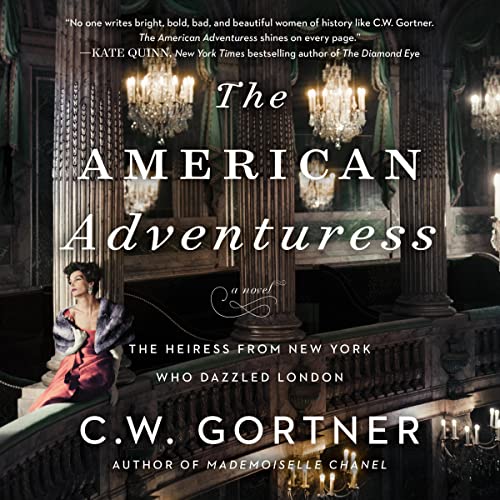 A big, juicy biopic novel by the author of Mademoiselle Chanel about the scandalous life of Jennie Jerome Churchill, mother of Winston, an heiress from New York who married into one of England’s most storied families but who always lived life on her own terms, as a royal mistress with a series of younger husbands and a son whose political rise she happily stage-managed.

Daughter of famed financier Leonard Jerome, Jennie was born in New York City to wealth—and scandal. When her parents separated for reasons that were quickly hushed up, Jennie and her sisters followed their mother to Paris, where the city became their finishing school. Determined to marry her daughters into the most elite families, Mrs. Jerome draped them in the finest gowns by Worth and introduced them at Queen Victoria’s court.

Jenny quickly caught the eye of Randolph Spencer-Churchill, a man-about-town and aspiring politician whose father, the Duke of Marlborough, was one of Britain’s loftiest peers. But although the Marlboroughs’ Bleinheim Palace was grander than Buckingham Palace, the family was cash-poor, and desperate to marry their sons to well-heeled American heiresses like Jennie and her sister-in-law Consuelo Vanderbilt. Jennie wasn’t prepared to stop at a duke’s second son, though. With Randolph’s tacit approval, she became mistress to the Prince of Wales, a celebrated bon vivant and womanizer. Their friendship, which lasted decades, greatly bolstered Jennie’s social fortunes—and Randolph’s career ambitions.

But with great highs came great lows. Randolph’s life was cut short, and after losing him, Jennie dove into a disastrous marriage to George Cornwallis-West, much to the dismay of her two sons, who were the same age as their new stepfather. But as Winston began his own brilliant political career, it was Jennie who proved his most valuable supporter. And when she cast off her second husband and took on a third in the midst of the Great War, the American adventuress truly came into her own.

By turns scandalous, tragic, and exciting, Jennie Jerome’s life was never dull for a moment, and neither is this dashing novel.

What listeners say about The American Adventuress